7 Things a Daughter needs from her Father!!! 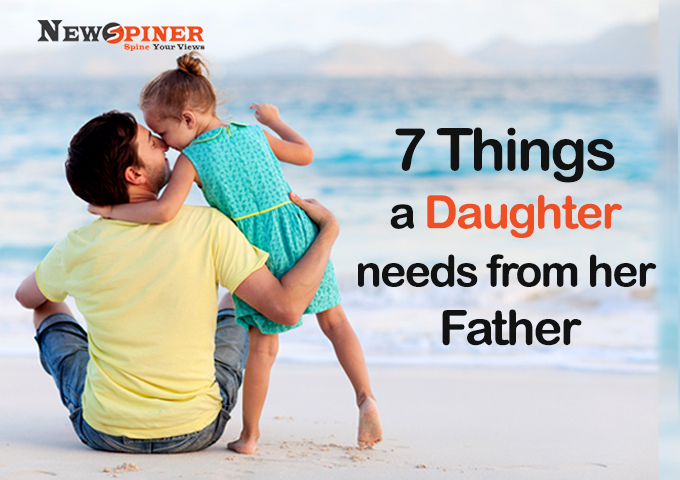 The Love between Dad and Daughter is Unbreakable!!!

Eventually, girls learn what love is from their dads. What better way to know that you are special than from your father. So if you are struggling for the right words then tell your daughter that she is really special or read the Daughter Quotes in Hindi. Of course, feeling someone special is the best moment ever!

A girl mostly wanted to hear that she is beautiful as many times in her life. But it gives an extra special feeling when they hear it from their Dad. Moreover, you don’t just need to use the word beautiful; you can tell her that she is pretty, smart, and any other word that describes her. While letting her know gives her confidence in life and she needs lots of that.

As a girl grows up, the men will come in and out of her life. But the man who will always remain there is her father. The father-daughter relationship plays a vital role in every girl’s journey to her adulthood.

Following are been defined seven things that a daughter needs from her father:

1: She needs you to be involved:

A daughter needs her father to be actively interested in her life. The term Actively Interested usually doesn’t signify the second-long conversation that sometimes happens between a father and a daughter. 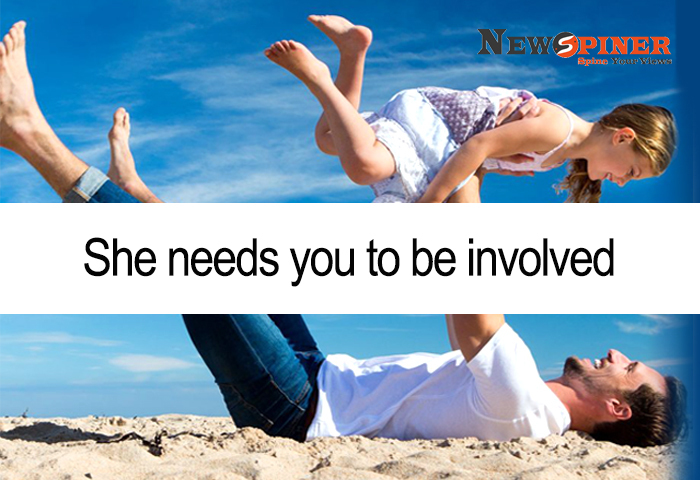 A father should participate in his daughter’s hobbies and activities. Whether the daughter wants to play or enjoy watching the games, a father should try to become an enthusiastic and a good supporter.

Try to show your daughter that you are interested in her life by learning more about things and trying to become a part of it.

The first relationship that a daughter experiences is the one between her mother and father. However, if her father disrespects his wife with any kind of physical or emotional abuse then a daughter might believe that it is the expected relationship with a husband. 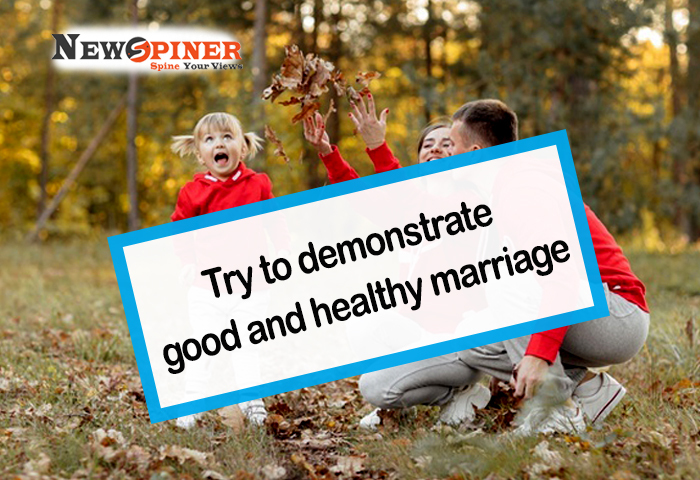 But if a father displays physical affection, respect, and a true partnership with his wife then it provides an incredible example that his daughter will usually want to mirror in her own life.

3: The daughter needs you to support her:

Although a father may not always agree with his daughter but she needs to know that you will support her in every step of her life. This will develop strong-self esteem as well as a positive self-image. 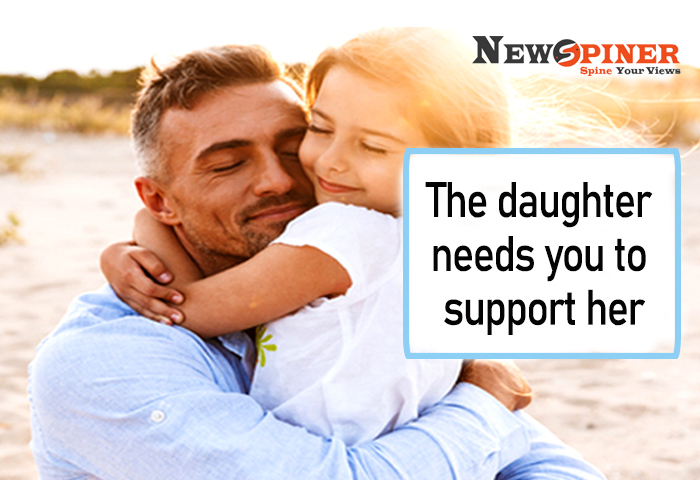 Also, it doesn’t mean that you will always have to agree with her but it shows that there is someone who always listens to her and stands by her. Moreover, you will believe in her as a person with confidence and abilities.

4: Trust her as a confidante:

In most cases, it happens that your daughter doesn’t come by own and discusses her personal problem with you. So make her believe that by knowing the truth you will treat her with the same kind of respect and confidence. The daughter shouldn’t only become a dinner table conversation with the rest of your family. 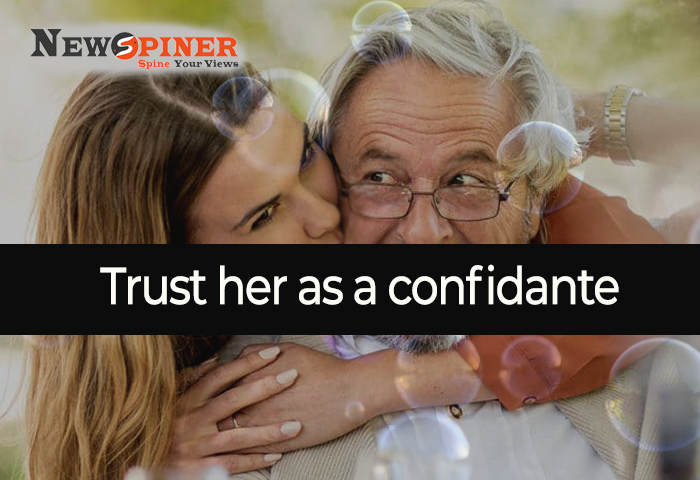 5: Become a positive role model for her:

Today most of the daughters lack a positive male role model in their life. Unsurprisingly a father is the first man in every girl’s life that she will intimately know. The father sets the standard for all other men in her life and a positive role model will help in choosing a good husband in the future. Therefore, you need to take a moment for some self-reflection. Look for the habits that you need to break? Are there areas that you could use for making the best out of your daughter? 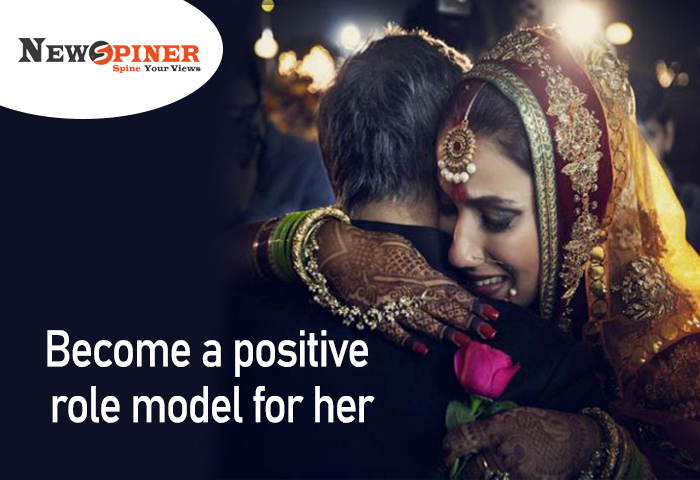 Well when your daughter sees that you are willing to examine your own life and can make the changes when necessary, then you are providing the best example that your daughter could ever accept her actions.

There are some big and scary things in life that every girl every night gets afraid of. But it’s wonderful when she calls her father and knows that he will protect her always. Dear Dads- your daughter love to hear that you will always protect her no matter what. She needs to know that you are her protector, no matter what stage of her life she relies on. 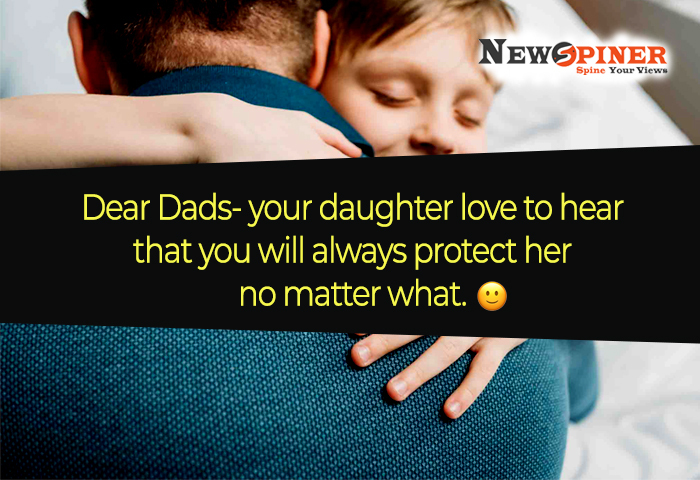 7: You are more than the way your body looks:

The world is going to tell your daughter that her body is the most important thing about her. Here the dads can play a big role in tempering the message and fosters a healthy way to think about their outer physical appearance. Try to understand your daughter that their bodies in terms of health and power represent being physically strong or brave. The body is the form of self-expression and it is something that a person needs to respect. 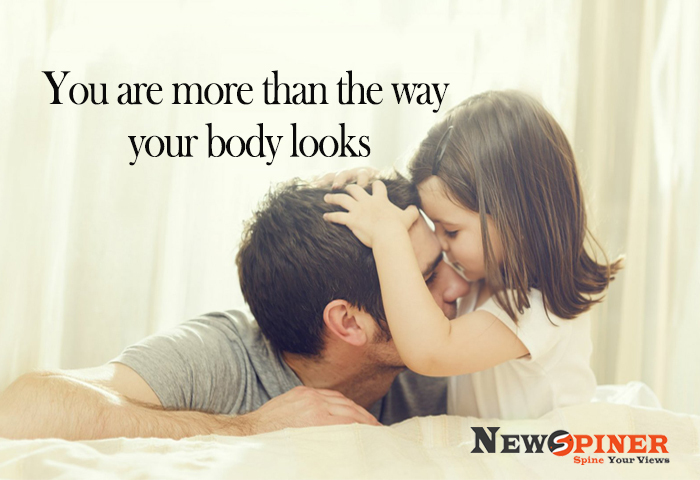 More than anything else a daughter needs her father to shower unconditional love towards her. Love is the only thing that covers a multitude of sins and mistakes. The daughter needs to know that their moral support always stood behind their back no matter what. 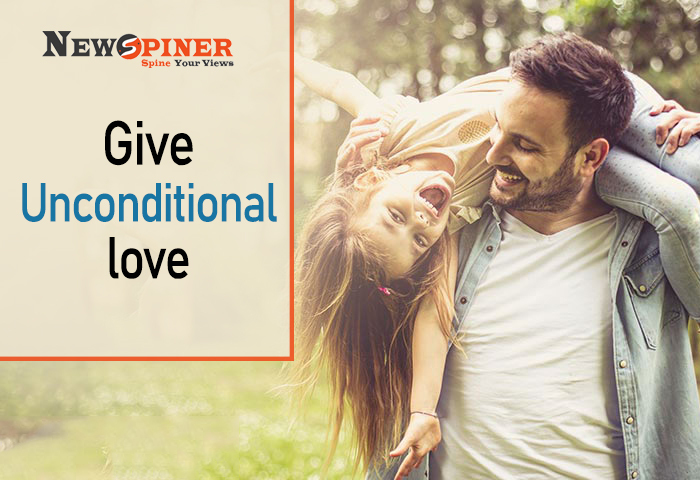 The love can get expressed in two simple ways either telling them or showing them with your actions. So, if you tell your daughter that you love her so much then this will give her a special kind of feeling than anything else. Also, it would encourage her that there is always someone who remains for the rest of their life and supports her in any kind of situation.

Why fathers are so important for their daughters?

A child always remains close to both of his parents. However, there is a relationship that is quite stronger than the other. Undoubtedly, daughters are much closer to their fathers. Similar to the mothers are closest with their sons. So, let’s focus that why and how daughters are much closer to their fathers. Well, this relationship doesn’t need any explanation or reasons. It is beautiful just the way it is. However, if you are looking for the reasons then here we have listed below some of the beautiful reasons:

Usually, the father plays a key role in their daughter’s physiological development from the moment they were born. One of the major differences between a loving, attentive, and an absent father can create a huge impact on how a child grows up.

When the fathers are absent either physically or emotionally then their daughters get affected in many different negative ways. But on the other end if the fathers are present and promise to love their daughters then it will start developing a strong sense and the daughter becomes more confident in their abilities. So, to develop positive self-esteem, there is a need to develop a healthy father-daughter bond first.

Psychology puts a heavy emphasis on the bond between a mother and her children. But recent studies have shown that fathers also have a large influence on their children when it comes to the development of behavioral traits.

Fathers who show love to their daughters can provide a positive sense of self. On the other part, the negligent fathers can make their daughters on a dark path of depression, and some other psychological problems.

3: Father shows the daughters how a woman should be treated:

A father who is verbally or non-verbally abusive, neglectful, or uses hurtful words towards their spouses then it creates a bad image in front of their daughters. Therefore the woman deserves to treat well all the time.

Most women wind up their abusive relationships even some minor occurrences. The father who shows love to their wives and daughters should earn more respect in the eyes of both their daughter and wife. The women should be loved, cared for, and treated with respect by the men of their lives.

Some of the suggested tips for dads and daughters to inspire understand and support their daughters:

1: Listen to girls: Focus on what’s important- what your daughter thinks, belief, and dream of!!!

2: Encourage her strength and celebrate her savvy: Being a father you should help your daughter to recognize, resist, and how to overcome the barriers. Try to develop strength in her and help her in achieving the goals.

3: Respect her uniqueness: Try to urge her to love her body and discourage dieting. You need to make sure that your daughter knows that you love her for who she is. Try to see her as a whole person who is literally capable of doing anything. Treat her like a princess and loves her with all respect.

4: Get active with her: You can play games with your daughter like Basketball, Jump rope, and any other activity. Take walks with her. Moreover, it has been shown that physically active girls remain more confident and build great self-esteem.

5: Help can make the world better for girls:

The world holds dangers for daughters and sometimes the overprotection doesn’t work. As in fact, it tells your daughter that you don’t trust her. Instead of it you should work with other parents and raise your voice against the females, sexualization of girls, eve-teasing, and many more.

Try to work to stop the advertisers from feeding women insecurities and work on how you can save your mothers, daughters, and wives from disastrous miss happenings.