Reasons Why You Need Roaming While Traveling
Skip to content

Reasons Why You Need Roaming While Traveling 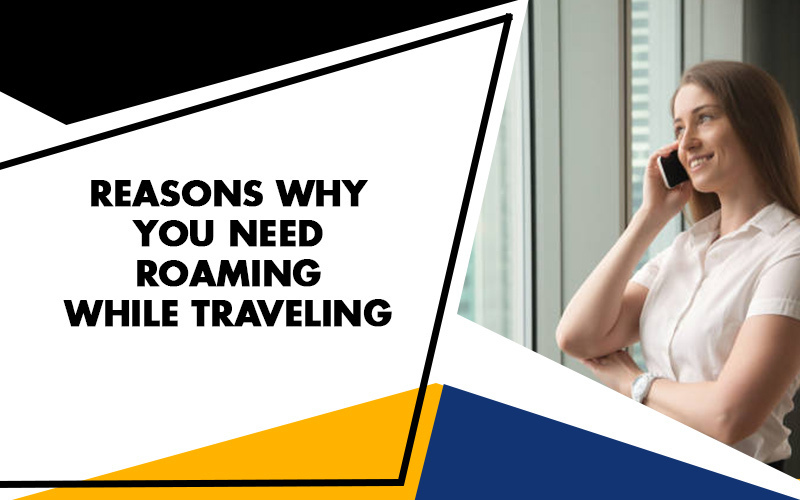 While cell phone and internet network interconnection may appear to be magical, not all mobile networks are accessible everywhere.

As a consequence, if you are outside of your network, your phone will wander to locate service elsewhere. Roaming allows you to call, text, and use data as you normally would, but at a cost.

So, what exactly is data roaming?

When your smartphone or mobile device leaves the carrier’s coverage area and is no longer linked to your home network service, it searches for another network to utilize in the meantime.

To guarantee that their users are serviced in places where primary coverage is absent, all of the major mobile phone carriers have cellular roaming agreements with other networks.

Customers are encouraged to text, communicate, and consume data in novel ways as a result of this ease.

When customers go internationally and use their laptops or phones on a foreign network, they are engaging in international roaming. The technique of receiving and sending text messages when traveling overseas is known as SMS roaming.

When you’re traveling abroad and your carrier doesn’t have a service to make calls, send emails, or utilize mobile data, you’ll need to roam across mobile networks.

Carriers usually have international data roaming agreements that allow you to use your smartphone to access the internet outside.

The negative is that overseas roaming data often incur extra charges to your account, which can rapidly pile up.

Cell phone roaming is simple to turn on and off, and it’s always a good idea to double-check roaming fees at your destination before going to minimize surprises.

You can also get sim-only deals. A SIM-only deal provides a package of minutes, messages, and mobile data for a monthly fee, similar to a regular mobile phone contract.

The distinction is that you do not receive a new phone as part of your contract; instead, you receive only the SIM.

Should Data Roaming Be On?

You’ve probably heard bad things about high mobile data roaming costs when novice users have piled up thousands of dollars on their phone bills by just perusing the web or downloading a few files or email attachments.

In that situation, you might be afraid to use your smartphone while traveling. While turning off your roaming completely might prevent you from this expensive nightmare, you may find yourself in situations when you need to connect to a foreign network.

One reason you might want to enable roaming is to check your email.

In general, checking your email is OK because your phone will not download attachments unless you want to do so.

However, because the content in the email is downloaded, extensive lists of messages may wind up costing you more than you expect.

You may also wish to temporarily enable roaming in order to use your favorite ride-sharing service. While this may increase your phone cost, it may be worth it to get to your location swiftly and safely.

In general, examine data roaming on a case-by-case basis and turn it off until absolutely necessary.

What Is the Cost of Roaming?

Domestic roaming costs have mostly been eliminated since numerous carriers have developed service regions in most parts of the continental US. International data roaming, on the other hand, is completely another story.

You’ll have to pay roaming fees unless your home network is situated in the EU and you’re traveling within Europe.

While each carrier’s international roaming costs vary, you could anticipate spending roughly $2.00 per MB while using data outside the country.

Because of this expensive price, you must be mindful of every bit of data transferred while abroad. If you want to pay as you go, keep in mind that a single app might cost hundreds of dollars.

Unwanted roaming charges can become a nightmare, but understanding cellular roaming and how it works can help you avoid any exorbitant expenses.

We often need to connect internationally for a number of reasons, such as keeping in touch with family, friends, and the office, or simply to travel about, utilize maps and translate languages.

The excellent thing is that there are ways to use your smartphone when traveling without breaking the budget.